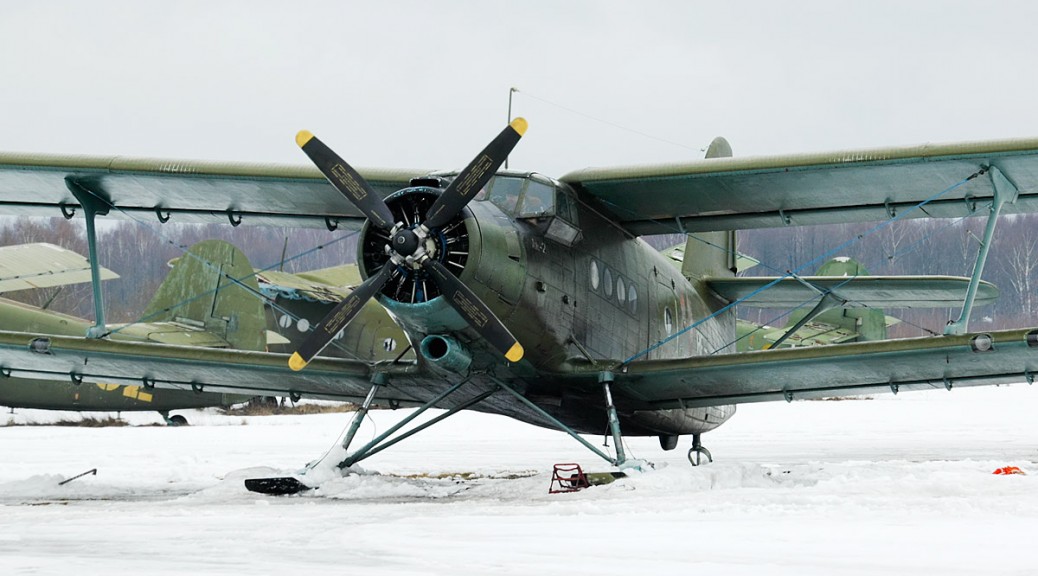 The Antonov An-2 is the biggest single engine bi-plane (old aircraft with two different placed wings) ever manufactured. Russia, China and Poland built thousands of it. The aircraft is mainly used for agricultural purposes and its slow speed makes it ideal to work in uneven grazed land. The initial manufacturers were State Factory in Kiev, Ukrainian SSR, where more than 5000 models were manufactured. The Antonov An 2 was built to subside the Polikarpov Po-2, that was a Soviet Ministry Department plane used a lot for agriculture and utility roles. The small plane is powered by Shvetsov Ash-62, 750 Kw (1000 HP) engine and it has a payload of 2140 kg. It has a wing span of 18.2 (Upper) and 14.2 (Lower) and can carry around 12 passengers. The length of the airplane is 12.4 m by 4.1 m (height).

With a maximum speed of 258 km/h the plane can reach 700 ft. in a minute. It is therefore very ideal in agricultural purposes for spraying pesticides on any terrain. The small popular plane is also used for sky-diving as it can carry passengers. The Antonov An-2 is suitable for the developing countries as they are cheap to buy and can carry cargo to airstrips for budget air liners. Many ex-Aeroflot An 2s are used as zonal airlines in Africa, South-East Asia and parts of America. It has a huge demand in United States and Western Europe but the plane is not affiliated there for commercial usage as it does not have the authorization from aviation control of these countries. The An-2 is further used in North Korea to deliver special army troops over enemy territories.

The Antonov An 2 was used in Korean War as a fighter combat. In 1991 the Croatian Warfare used few domestic An 2s to drop grenades over besieged areas. In 2013 the An 2 dubbed version An 2-100 was fitted with a 3 blade propeller and a 1500 shp Motor Sich MS-14 engine that would run on kerosene. Antonov Design has so far received many orders of upgrading used Antonov An 2 to upscale the model from Azerbaijan, Cuba and Russia.

The Antonov An-2 made its first flight in 1947. Since then it is the leading small plane model that is still manufactured and used. The plane is still under progress in engine re-modeling in China as the Shijiazhuang Y-5 and it held the Guinness World Record for the longest production line of any aircraft that ran across 45 years till the Lockheed C- 130 Hercules took over recently. Many private operators are still using this plane despite the decrease in the availability of Avgas (aviation fuel), as the CIS fell apart.