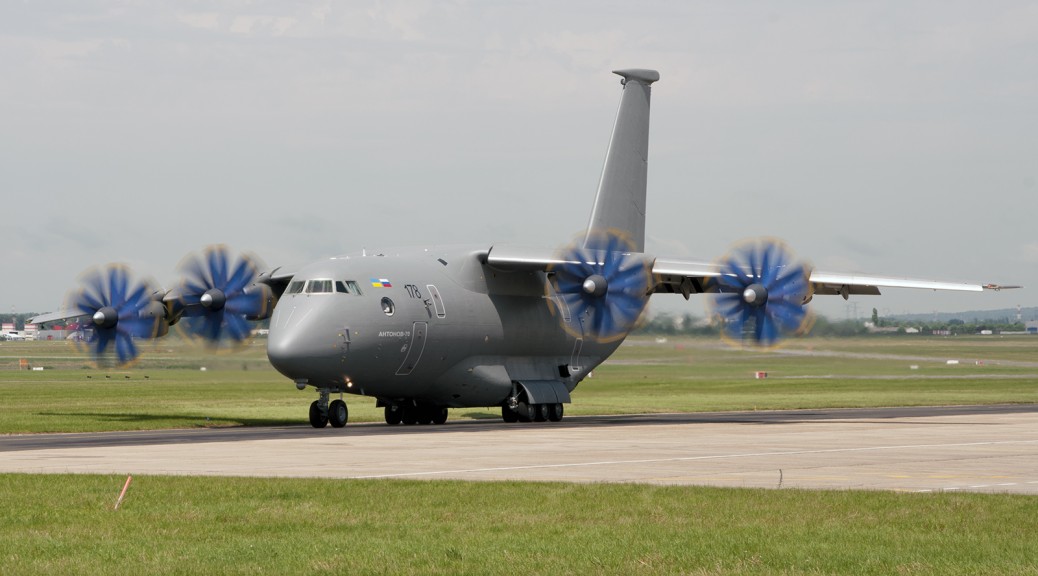 Antonov An-70 features airframe of composite materials, which reduce the total weight of the finished plane by 20% – 30%. Its freight compartment is large, measuring 19.1 metres in length, 4 metres in width and 4.1 metres in height. Its glass cockpit is spacious and fitted with 6 digital colour displays. It also features a head-up display for landing on short airstrips.

An-70 has automatic flight control and navigational systems. The Progress D-27 3-shaft prop-fan engines of An-70 are FADEC-compatible and fitted with a jet-pipe, a 4-stage low-pressure turbine, a single-stage compressor and 2 remote gearboxes. Length, width and height of each engine are 4.19 metres, 1.25 metres, 1.37 metres respectively. Each engine incorporates SV-27 counter-rotating propellers.

An-70 is a transport aircraft that is expected to be used mainly as a military freighter. Antonov has designed 2 variants of the model; one for air-refuelling and the other as transformable freight/passenger aircraft.

The development of Antonov An-70 started in the last decade of 20th century, and the 1st prototype was introduced in January, 1994. It made its maiden flight in December the same year in Kiev, Ukraine. In February, 1995, it crashed after colliding mid-air with the chase-plane An-72.

Antonov introduced the 2nd model in December, 1996. It made its maiden in April the following year. In August, 1997, the prototype was exhibited at The Moscow Air Show. An emergency landing event in January, 2001 damaged the 2nd prototype too.

In June, 2000, Ukraine and Russia decided to jointly fund the production of An-70 in collaboration with China. The Chinese version of the plane was showcased at MAKS Air Show in 2003. However, Russia receded in April, 2006, but Ukraine and China developed an An70-600 in 2008. However, Russia renewed the deal in august, 2009 and offered $11 million in December the same year. All the features and aspects of the aircraft were successfully tested in August, 2010.

Despite successful test, An-70 has not entered into mass production due to the tensed political relationship between Ukraine and Russia. The Air Force of Ukraine had ordered 5 units while the Air Force of Russia had ordered 40 units of the aircraft. Even Czech Republic had ordered 3 An-70 in 2005. Besides, Volga Dnper airlines had also ordered 5 aircrafts. It is said that the plan of An-70 may be sold to a third-party aircraft developer in some other country.