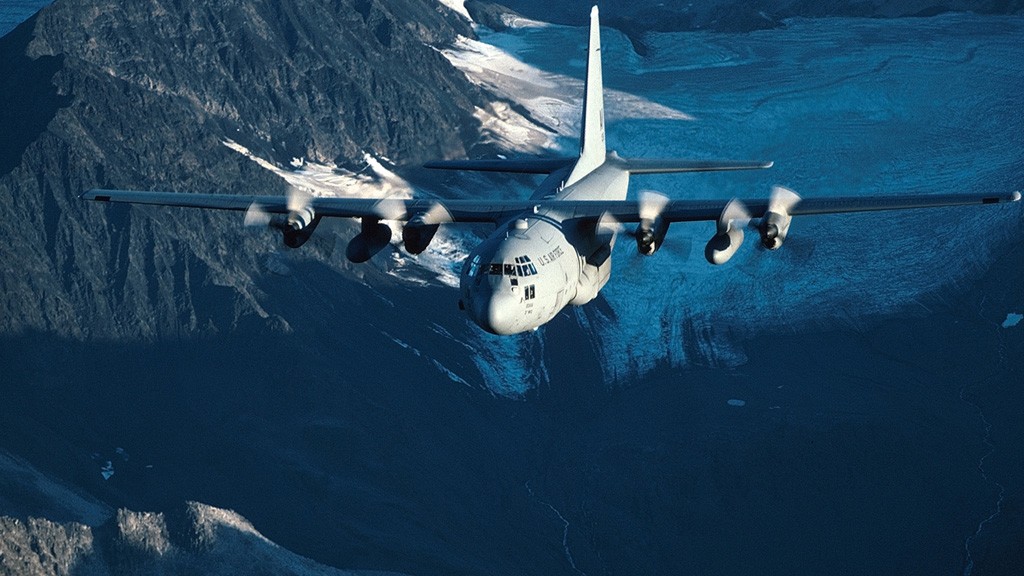 Lockheed C-130 Hercules is purpose-built for military transportation. It is designed for maximum capacity and convenient loading and unloading. The military carrier has enough internal space for 92 combat troops, 64 fully-equipped paratroops or 74 litter patients with 2 medical attendants. The default seating arrangement in the C-130 Hercules is side-facing. There are 2 doors behind landing gear fairings on both sides of the aircraft. They are used mainly by members of the personnel for exit. There is another exit off the rear, and it is used mainly for airdrops. Apart from landing, C-130 supports 3 different parachuted delivery systems.

The main purpose of Lockheed C-130 Hercules is transportation of military personnel, equipment and vehicles. Several variants of the aircraft have been developed through the years. The C-130 models are specially built for civilian services such as mass transportation of patients and similar requirement. C-130J-30 is a larger aircraft than its predecessors.

C-130 Hercules was developed as per the requirement of the US Air Force during the Korean War. The air force needed a tough and versatile air-lifter with ample cargo space. The competition to build the prototype was won by Lockheed Martin, and the first prototype was inaugurated on 23rd August, 1954. It was built with the capacity of carrying more than 136 kilograms per square-feet. Besides, it was highly manoeuvrable and could lift after a run of less than 261 metres. The variants of C-130 Hercules that have been developed later retain the versatility of the original aircraft but have consistently enhanced in overall performance.

In fact, it is the versatility of Lockheed C-130 Hercules that the aircraft has flown to almost every part of the world with nearly everything that can be carried.

Lockheed C-130 Hercules and its variants have set 54 world records in relevant fields of aviation. Presently, 16 countries currently operate or will soon operate the aircraft. More than 16 different types of missions can be supported by the variants of C-130 altogether.