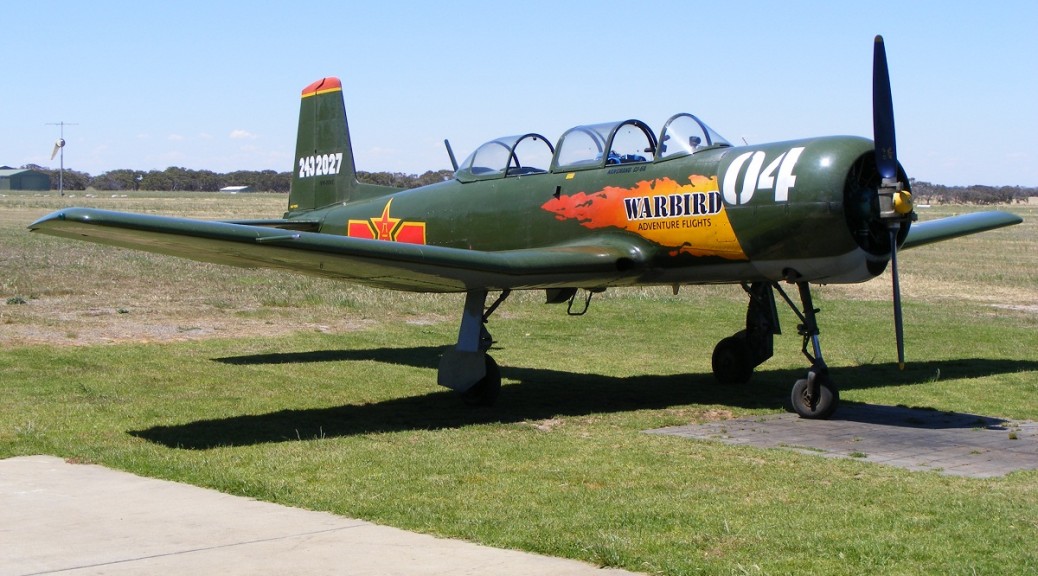 The design of Nanchang CJ-6 is closely similar to those fighter jets which were predominant in the World War era. From the design to the functions, everything about the aircraft signifies simplicity. It is one aircraft that can function in multiple domains from warfare to private aeroplane. It can perform aerobatics and fulfil farming need with equal efficiency. Nanchang CJ-6 is an old aircraft but its price has kept increasing, even in the recession period. It means the Chinese flyer is an asset to own even in this age.

CJ-6 has semi monocoque design. It can be upgraded with retractable tricycle landing gear. The main gear retracts inwards into mid fuselage and the nose folds back into it. It features bubble-shaped canopy that covers the fully-glass pit, which can carry only 2 crew-members. The cockpit features air data computer, climb-rate indicator, distance measuring equipment, navigation equipment, radio communication equipment and multifunctional display.

Nanchang CJ-6 is a multipurpose aircraft. It can be used for light aerial offensive since it can be upgraded with rocket launchers, weapons stations, bombs and two 7.62 mm machine guns. Its tandem seating arrangement makes it a suitable aircraft for training purpose. In addition to easy takeoff, landing and taxiing, the aircraft is highly fuel-efficient too. It has quite spacious storage room that fits the bill for private use. Peasants, farmers and other is similar occupation can take the advantage of the lightweight and high manoeuvrability character of CJ-6 too.

In reality, Nanchang CJ-6 is modified Yakovlev Yak-18 was developed in Russia and used for training during the World War II. Its first model was Yakovlev UT-2M, which was released in a number of variations in the years following the WW-II. Its latest variation was Yak-18T, which was first built in 1967.

Yak-18 was named Nanchang CJ-5 by Nanchang Aircraft Factory, which started licensed production of the aircraft in 1954. The Chinese aircraft manufacturer independently introduced the revised model due the deficiency in the model for pilot training. The revised model was named CJ-6, which had the same 145 hp M-11ER radial engine. It was redesigned due to engine issues and released as CJ-6A in 1961. Nanchang Aircraft Factory continued to manufacture the versatile flyer unto 2007, when the variant was named CJ-6G.

The popularity of Nanchang CJ-6 is evident from the several enterprises that are engaged in selling, reselling, modification and servicing of the aircraft even today. Its versatility makes it a useful property and its high market price makes it a valuable asset to own.