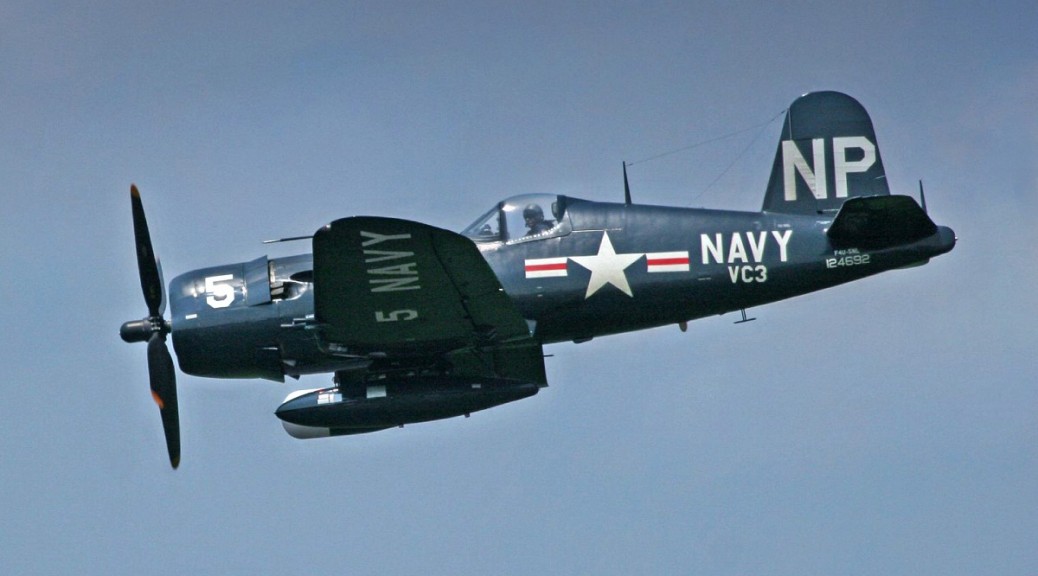 The Vought F4U Corsair was developed to act as a carrier-based fighter in military operations. It was extensively used in World War II, Korean War and Cold Wars. Entire design and specifications were conceived as per proposals set by US Navy Bureau of Aeronautics to Chance Wrought. After contractual signing in 1938, the first mock up took flight on 29th May 1940.

Initially, the Vought F4U Corsair warplane was created to fit Pratt and Whitney R-2800 engine. It was manufactured on proposals for creating both single and double engine aircraft with high speed. Gradually, it was setting new milestones such as being the foremost US fighter to surpass 400 miles mark. The European Navy during World War II outbreak called for improved armament and utilized it as ground attack fighter. The speed and power of this classic aircraft gave it an upper hand over rivals like Japanese A6MO. It was officially introduced into the services on 28th June 1942.

F4U Corsair was a reply to the Japanese A6M Zero and was nicknamed as “Whistling Death’’ by the Japanese armed forces who suffered strikes. Continuous improvements were incorporated to customize it for the use of pilots. They managed more than 500 airkills shooting down a total of 2140 by war end in August 1945. Allied pilots eventually achieved an 11:1 kill ratio against the enemy troops. They were also being operated from the land base by US marines. When present on deck, the handling of the aircraft was tricky enough for the inexperienced pilots.

The classic fighter plane reappeared for combat purposes. It was supported by North Korean Yak-9 fighters and MiG-15. These fighters excelled in the air in terms of loitering longer and flying low under the better control than fast flying during the war. Ground strike missions for US Navy and Marines used it to effect by up to 80% in 1950.

It was so much valued that US Navy didn’t give up the aircraft until December 1954.   The fighter aircraft remained in services for some years with many countries. Its last mission was Soccer War in 1969 between El Savador and Hondorus. Later, it was a thematic subject in a television show named Black Sheep Squadron in 1970s.