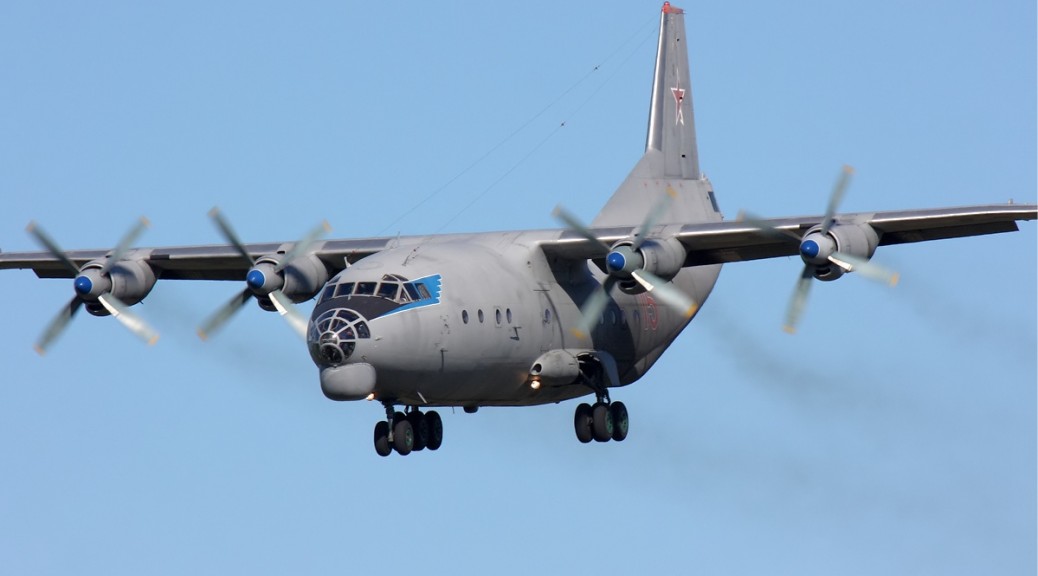 An-12 is a medium-range aircraft for cargo-transportation. It was originally designed for military purpose but variants were developed later to meet civilian cargo-requirement too. It is powered by 4 Progress AI-20K turboprop engines supplied mainly by Ivchenko. Each engine features 4-bladed AV68 constant speed propellers. It has a high-wing design. It is 37m in length, has 38m of wingspan and is 10.5m tall.

The main purpose of development of An-12 was tactical airlift, paratrooper-dropping and cargo transportation. However, a number of variants of the model were developed by China after it acquired the design from Soviet Union and the right to production. Different variants are used for different civilian or military purposes.

The 1st prototype of the An-12 was flown in March, 1957. It was conceived to meet the Soviet requirement of a freighter that was powered by turboprop. Antonov produced the aircraft for around 15 years, during which more than 900 units of the plane were delivered, for both civilian and military purposes. There had been 30 variants of the model. In 1959, Soviet military utilised an An-12BP for the first time. The models that are used by military feature a manned tail-gun turret.

The production of An-12 was running in simultaneity with the commercial passenger aircraft An-10.

In the 1960’s, the Soviet Union sold several An-12 units to China. It also bagged the license for assembly of the aircraft in China. Its redesign was started in 1969. But, the technical assistance was withdrawn by the Soviet Union following the Sino-Soviet split. Since then, the 1st An-12 that was assembled in China made its maiden flight in 1974. The Xi’an Aircraft Design Institute and Xi’an Aircraft Company reverse engineered the An-12 model for local production. The Chinese version of Antonov An-12 was named Yun-8 or Y-8, and it entered into serial production by 1981. Many variants of Y-8 were developed and exported in the following years as it became one of the most popular civilian and military-transport or cargo aircraft.

The production of the original An-12 has stopped more than 4 decades ago. However, China continues to upgrade Y-8, which was the China-made version of An-12.